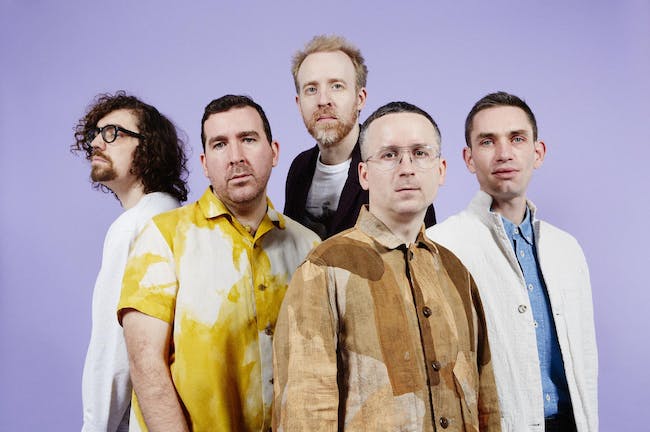 The main duo of British group Hot Chip are Joe Goddard and Alexis Taylor (who go by Ulysses and Sophocles, respectively, in liner notes and elsewhere), write the music and sing the songs. Joe is the master of beats, and Alexis works the keys. They are joined by Owen Clarke on keyboards and guitar, Felix Martin (Mankf) with drums and MPC, and Al "Do It" Doyle on guitar and anything else.

In 2008 their album 'Made In The Dark' was voted as 'Album Of The Year' by Mixmag magazine. 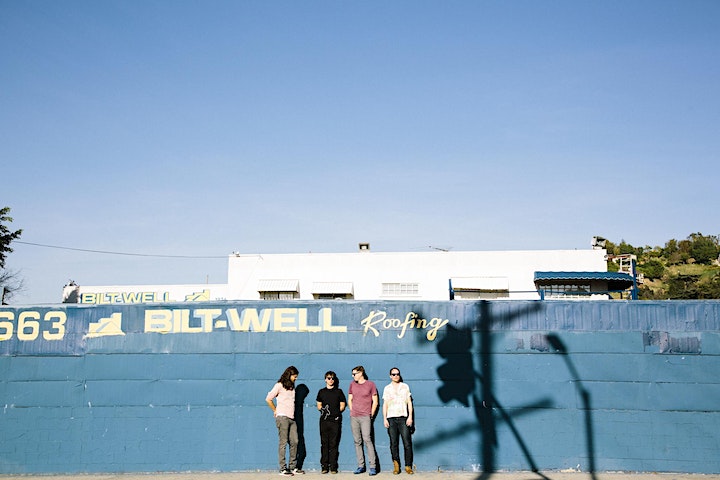 Holy Fuck took the world by surprise around 2005 because there was just nothing like them—a hardcore thrift-store found-object punk band with a relentless commitment to rhythm and a sense for atmosphere better matched to a close encounter of the third kind than a simple rock concert. Think Einstürzende Neubauten re-inspired by Fela Kuti with Brian Eno working as keyboard tech and every channel on the mixer set to max power. It was the best ride out there while it lasted, up to and including their 2010 full-length Latin, recorded largely in too-brief breaks while on the road. That album cemented Holy Fuck’s sound and reputation for unapologetic instrumental noise but at the end of yet another insane touring cycle, it was time to take a break … which turned into a hiatus … which turned into a chance to explore other projects and production work. (Like the bands Lids, Dusted and Etiquette, or production for Metz, Alvvays and Preoccupations.)

They’d been moving faster than they’d ever expected, especially after a 2007 sophomore release that came close to securing Canada’s prestigious Juno and Polaris Music Prize. (Not to mention festival slots at All Tomorrow’s Parties, Glastonbury, Coachella and more—plus Lou Reed said they were the best band he’d seen at SXSW.) The strategy was just to stay busy, says founder and noisemaster Brian Borcherdt, but soon they started to feel like Indiana Jones running from that boulder: “He had to step aside and let things settle!”

But there’s nothing Indiana Jones does better than the shock reveal, is there? And so in 2016 Holy Fuck suddenly announced the release of Congrats, a surprise full-length two years in the making that is by any scientific measure their holiest fuckiest release ever: “When you’re sitting still in a van and staring out the windows, you start to dream about all the other things you want to do,” says Borcherdt. “This album is exactly what we couldn’t do then.”

Checking into a “proper” studio, rather than the barn in rural Ontario where most of Holy Fuck’s records were made, Congrats was recorded by the same lineup that recorded Latin: Borcherdt, Graham Walsh, Matt “Punchy” McQuaid, and Matt Schulz. As they worked, they discovered that Congrats was a process of refining things, Walsh says—both physically and philosophically. Their ad hoc arsenal of low-budget hi-tech toys has been streamlined down to what he calls the nervous system of the band: “What gets run through our system is the seed of the idea for our music, and the system is what we play. This record is almost a beginning—the first stage of a new way for us.”

So consider those previous albums prelude to Holy Fuck’s true breakthrough, and recognize Congrats as the moment when Holy Fuck take the chaos and craziness (and charm) that have always been at the heart of their band and not so much control it as concentrate it. Now they’re heavier, wilder, leaner, sharper, more daring and more unpredictable than ever before, on fire with the power of inspired outsiders like Suicide, Silver Apples, Can, Mission of Burma or the Monks or even Sun Ra, says Borcherdt, whose pursuit of his own kind of musical purity is exactly what Holy Fuck are after. Yes, it took them a few years, which in 2016 is supposed to be the career suicide, but they took that time to take chances. “We were told we did everything wrong,” Borcherdt says now, laughing—but really Congrats is the sound of a band doing absolutely everything right.