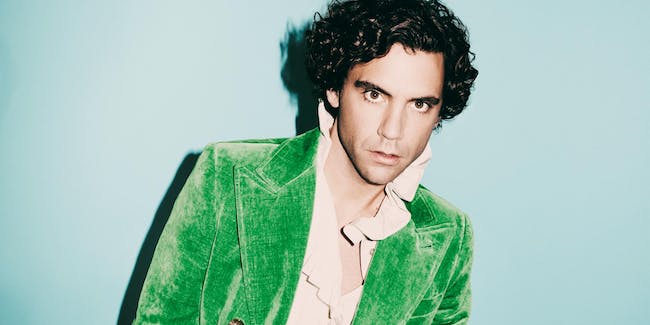 International pop sensation MIKA has built an unshakable career and catalogue crafting a world of gritty romance amidst the joy and playfulness of technicolored alternative pop. He’s a renaissance artist of impeccable intention who’s name has rightfully found its way alongside legendary acts such as Elton John, Freddie Mercury and Prince, and is best known for his shimmering mega-hit “Grace Kelly.”

Born Michael Holbrook Penniman Jr. in 1983 in Beirut, MIKA and his family moved to Paris before settling in London where he began opera and piano lessons at age 8. He showed otherworldly vocal range quickly becoming a young virtuoso of the piano and songwriting.

Starting with his 2007 debut album Life In Cartoon Motion featuring “Grace Kelly,” MIKA has sold over 10 million records, and is a certified Gold and Platinum artist in 32 countries worldwide. He is Grammy nominated, won a Brit Award and went on to release three additional platinum selling albums The Boy Who Knew Too Much, The Origin of Love, and No Place In Heaven.

He now presents his fifth studio album My Name Is Michael Holbrook.

“I wanted to find out where I came from and why my legal name is Michael Penniman Holbrook Junior,” says MIKA. “I had the title of the album before I had the album. It was a manifesto. It was a challenge for me.”

Seeking to uncover the identity of MIKA before “Grace Kelly,” he found a profound sense of joy at his discovery. “It was quite liberating. I freed myself of the idea of MIKA.”

After writing the album in Miami and Tuscany over the course of two years, MIKA went to Brussels to record with producers Marc Crew and Dan Priddy. Together they crafted organic soundscapes spanning different decades of pop and tracked the entire album live using vintage synths and enlisting all star players from around the world.

MIKA now prepares for a world tour where his performance energy, attitude and movement provoke a sense of magic. “It’s the sort of dangerous energy where anything is possible,” he says.

"If the temperature is high enough, if the energy is wicked enough, you can tell any story and defend it in the right way. Universality is in the pop music we love the most,” he says. “Pop is not just bubblegum. It can be dirty. It can be playful. It’s not just disposable. It does have a reason.”

With My Name Is Michael Holbrook MIKA intimately shares his whole self with his audience. All he asks now is for us to do the same.

“We don’t need perfection. We need character, we need emotion. To feel free to express yourself,” says MIKA. “Express yourself, you won’t be judged here.”