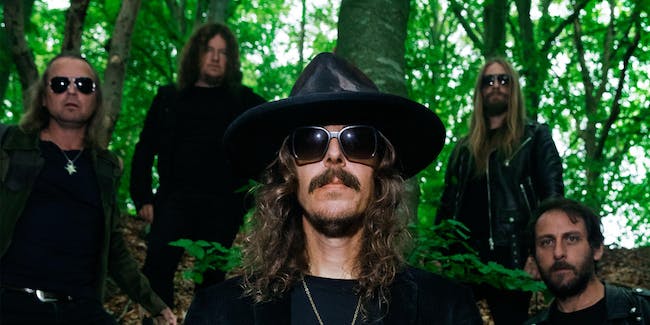 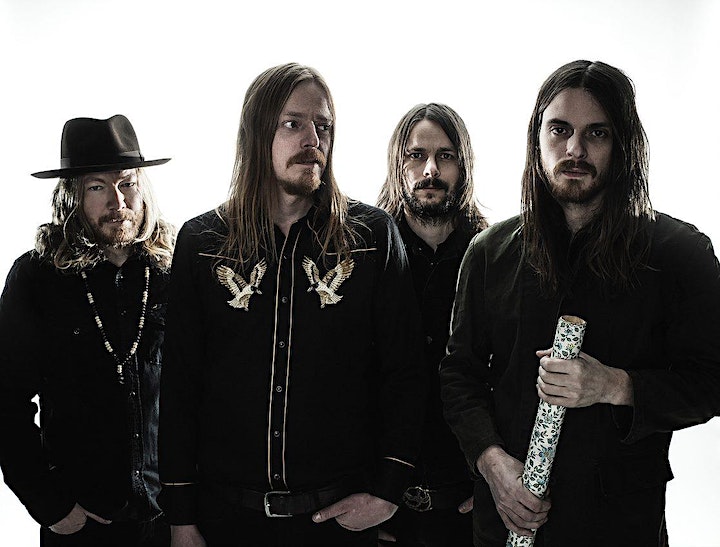 With their fifth album, »Peace«, GRAVEYARD guides the listener through an ever-changing musical landscape filled with their trademark take on classic rock. From the opening track’s blistering declaration that ‘It Ain’t Over Yet’ to the final note of heart beating bass on the epic and moody rocker ‘Low (I Wouldn’t Mind)’ the band manage to squeeze out every last creative drop of what there is to know, hear and love about GRAVEYARD in 2018.

To anyone who has followed GRAVEYARD throughout their career it comes as no surprise that »Peace« offers yet another passionate display from band that utilises a wide variety of styles and moods. But, if you were to pin-point the one thing that really sets »Peace« aside from the band’s previous albums, it would be that the production on »Peace« is the band’s heaviest and most solid to date.

“I wanted to capture the power and energy of the band that I’ve witnessed at their live shows. So we recorded the album the way that all the old classics were made; with no click tracks, triggered drums, autotune or "studio trickery". The plan was to keep it simple and pure, with just the band and their music. Everything we added to a song had to be there for a reason and not just because we had empty tracks.” – Chips Kiesbye, producer

Following on from previous album »Innocence & Decadence«, you could be forgiven for assuming that GRAVEYARD would be taking a softer, more laid back approach to the songwriting for the follow-up. However, with »Peace«, GRAVEYARD have gone back to their roots, whilst also evolving and finding creative outlets to showcase the band’s softer side and influences.

On ‘It Ain’t Over Yet’ and ‘The Fox’, we hear Joakim Nilsson sing his heart out whilst Truls Mörck takes the reigns offering soothing contrast on ‘See The Day’ and the anthemic Neil Young-esque ‘Bird Of Paradise’. Throughout the album, GRAVEYARD continue to show their heavier side with hard-hitters ‘Please Don’t’, ‘Cold Love’ and ‘A Sign Of Peace’. The band offer a refreshing blend of BLACK SABBATH and THE STOOGES on ‘Walk On’, concluding with the epic jam of ‘Low (I Wouldn’t Mind)’. All of these elements combined create a record that showcases the experimental and heavier side of GRAVEYARD without forsaking the true essence of the band.

This revitalized sound is, in part, due to the introduction of new drummer Oskar Bergenheim, who joins GRAVEYARD following the band’s brief hiatus and departure of drummer Axel Sjöberg. Oskar comments: "When I first got the call to try out the vacant spot in GRAVEYARD I was honored. I´ve known Truls and played with him for many years and knew it could work out, but it wasn’t without feeling that I had to step up my game! Joining the band and recording »Peace« has been pure joy for me personally, from the first demo sessions to the final master.”

What ‘bout »Peace«? The album title could actually be considered to be the band’s first positive album title to date. For the cover art, the band called upon designer Ulf Lundén to create something that combined his and the band’s thoughts and views on the world around them. For ‘peace’ is not just any word – what you can say is, that no matter if you’re looking at the word ‘peace’ from the context of the current state of the world, the current state of the individual mind or the current state of a rock band – there should be no doubt that there sure is room and need for the use of PEACE in 2018.

“The world's in a tangle. Maybe more so than ever before, and to be honest we have no idea what to do about it. What can a rock ‘n’ roll band do to improve the state of things? Maybe not much but maybe something. While we figure that out we are just gonna keep on doing what we do best. Play music, put those good vibrations out there and to all you people who listen to us. We just wanna say PEACE!” - GRAVEYARD